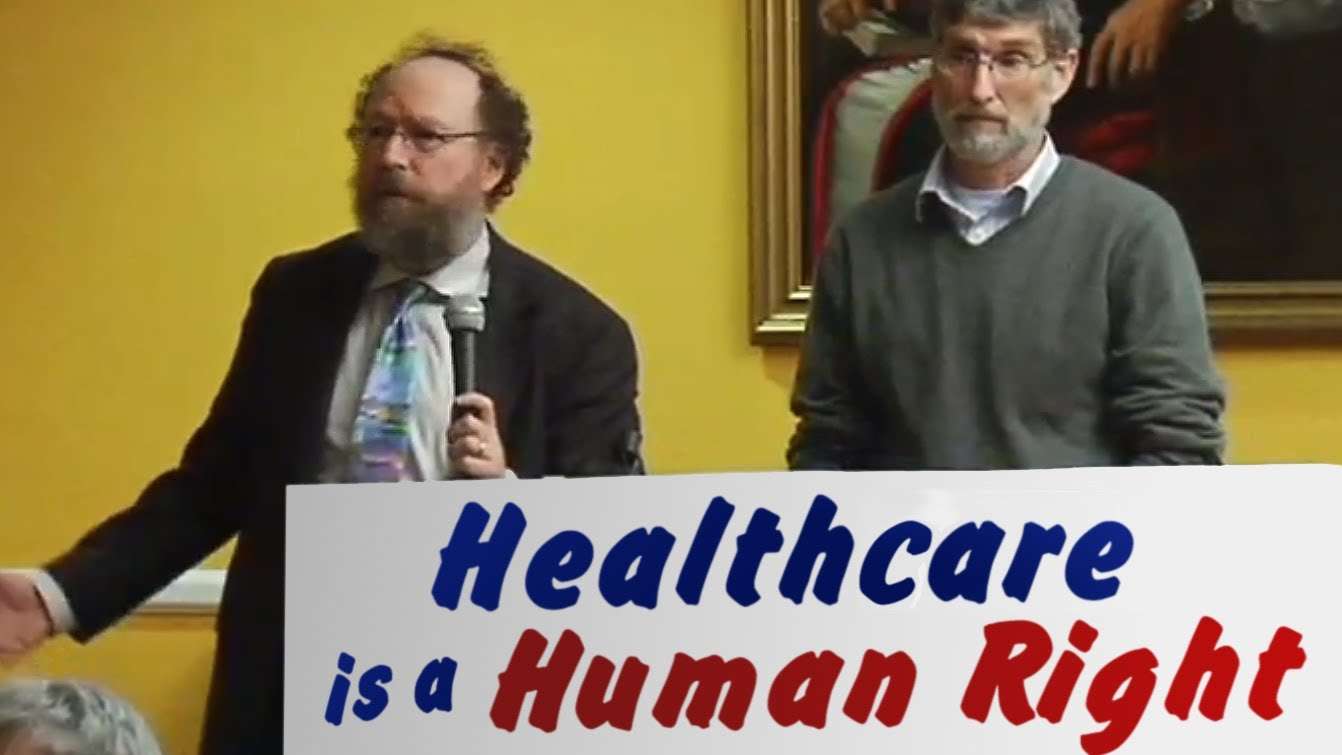 The economist responsible for the radical assumptions supporting the NYHA’s unrealistic claims.

Gerald Friedman is the go-to economist for politicians and organizations that want to present full single player plans as having zero drawbacks, with minimal added taxes, no care rationing, and savings to boot…even though every other single payer plan in the world operates by raising taxes, cutting provider reimbursement, and importantly, rationing access to care. Mr. Friedman is a single payer proponent, a longtime outspoken critic of the Affordable Care Act, and the only economist in the country willing to provide economic analyses of single payer plans as actually saving money. However, his work for the Bernie Sanders campaign was lambasted by no shortage of prominent, left-leaning economists, including four past economic advisers of democratic presidents, and NY Times Columnist Paul Krugman, who in his opinion article titled “Varieties of Voodoo”, called his economic projections horrifying, outlandish, and because they are so fantastical, ultimately damaging to progressive causes . Where Gerald Friedman found the Sanders Health Plan would save $6 trillion over the next 10 years, the left of center Urban Institute found it would cost $32 trillion over the same 10 years. Some of Friedman’s other work:

In 2013, he did an analysis for Senator Jon Conyers single payer bill (HR 676), on behalf of the group Physicians for a National Health Program (http://pnhp.org/blog/2013/07/31/friedman-analysis-of-hr-676-medicare-for-all-would-save-billions/ ) . Friedman finds there will be enough savings from reducing “administrative waste” from both plans and providers, and negotiating “tougher” with drug manufacturers, that the Federal government could cover every citizen’s health care in full, and still save $592 billion. Sound familiar? Friedman says there will be so much savings that single payer will help the Federal government pay down the national debt every year!

Gerald Friedman’s analysis of the NYHA is virtually identical in every respect to his analysis of the Federal single payer bill (HR 676), and his analysis of the Bernie Sanders Medicare for All plan. His unrealistic projections have become his hallmark, and no surprise, Friedman’s analysis for the NYHA says NY can comfortably absorb every dime of every resident’s health care costs, through only “minimal” tax increases, not limit access in any way, and still save $245 million in the first year! Where have we heard this before? And with respect to the 150,000 workers he expects will be displaced? He assumes they will now be “free” to pursue the entrepreneurial pursuits they jettisoned in order to have health insurance, and projects full reemployment for all of the State’s displaced workers in less than two years!

The only thing more troubling than Gerald Friedman’s analysis is that it has not raised alarm bells in the Legislature. Few if any have questioned the veracity of his outlandish projections like they have on the Federal level. Assemblyman Richard Gottfried and supporters of the Bill continue to use Friedman’s work to sell their plan as a no-lose proposition. Put simply, our legislature needs to wake up to the realities of single payer. Gerald Friedman’s NYHA analysis is predicated on his own personal belief about what he thinks single payer “could be”, as opposed to what the facts actually are. New York can ill afford to base a decision as important as our healthcare on the unrealistic, half-baked work of Gerald Friedman.