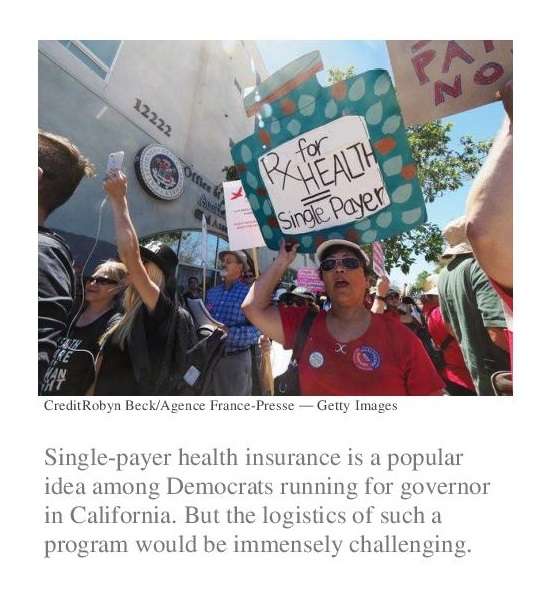 By Patricia Cohen and Reed Abelson

If wholesale opposition to President Trump is one litmus test for progressive Democrats, another — as the governor’s race in California is proving — is health care.

All the leading Democratic contenders in the June 5 primary have pledged support for a single-payer system run by the state. The front-runner, Lt. Gov. Gavin Newsom, the former mayor of San Francisco, has made it the centerpiece of his campaign.

“There’s no reason to wait around on universal health care and single-payer in California,” he has declared.

Even beyond California, many Democrats are hoping to energize supporters by taking a cue from Bernie Sanders’s 2016 presidential campaign, which embraced a single-payer system, “Medicare for All.” But the idea primarily functions as a rallying cry.