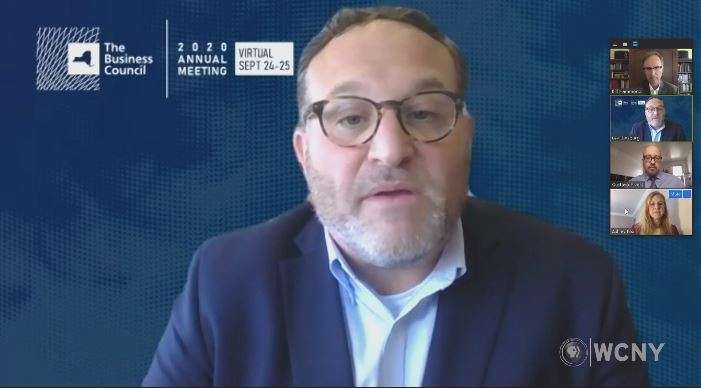 Connect NY, a PBS/NPR current affairs program that airs across the state and focuses on an issue impacting New Yorkers, tackled the topic of single payer and the proposed New York Health Act. The hour-long discussion delve into the specifics of the legislation and also raised several questions that remain. The program was hosted by Utica College Professor David Chanatry. Guests were Lev Ginsburg from the Business Council of NYS and a Realities of Single Payer member; Bill Hammond of the Empire Center for Public Policy; State Senator Gustavo Rivera, who is sponsor of the New York Health Act; and Rockefeller College Professor Ashley Fox.