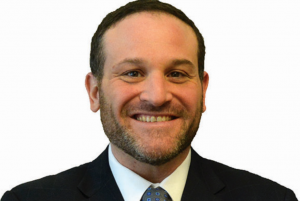 Here in New York, a new poll shows an overwhelming 91 percent of those surveyed are generally satisfied with their current insurance and want to keep it. Of those, a majority (55 percent) are very satisfied. Moreover, 82 percent of those same people say we should build on and improve our current health insurance system, not start over.

Yet here we are again, with state lawmakers and advocates calling for replacing the current system with a government-run single payer plan – the NY Health Act, which would eliminate all private health insurance and require massive tax increases. Now more than ever, this is a bad idea and most New Yorkers don’t want it.

Canadian patients waited longer than ever in 2021 for medical treatment, according to a new…

Single Payer in the News: October 2021

Many of these "progressive" groups have pushed policies that have DRIVEN UP the cost of living in NY and DRIVEN OUT overburdened taxpayers. To truly move NY forward, our leaders in Albany should embrace pro-growth policies that will rebuild our economy.
👉 https://upstateunited.com/news/upstate-united-releases-2022-advocacy-agenda/ https://twitter.com/NickReisman/status/1481972001451515907