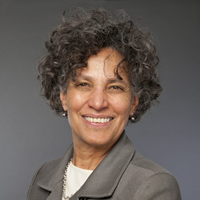 Dr. Mary T. Bassett is officially commissioner of the New York State Department of Health. Her confirmation in the Democratic-led State Senate was on a party-line vote, 43-20.

Bassett released a statement saying, “I am honored to be officially appointed to serve as the 17th New York State Health Commissioner, and I thank Governor Kathy Hochul for entrusting me and the State Senate for this vote of confidence. As I have said from the beginning, I will continue to be open and transparent and make decisions based on science, data and improving the health of all New Yorkers. I will continue to work with our experts at the Department of Health and our partners at all levels of government on the COVID-19 response and other critical public health issues.”

Bassett had held the role in an acting capacity since last December, taking the charge on the COVID-19 response. She is the former commissioner of the New York City Department of Health and Mental Hygiene, serving in that role from 2014 to 2018.

In the past, Bassett has been a vocal supporter of Single Payer legislation.