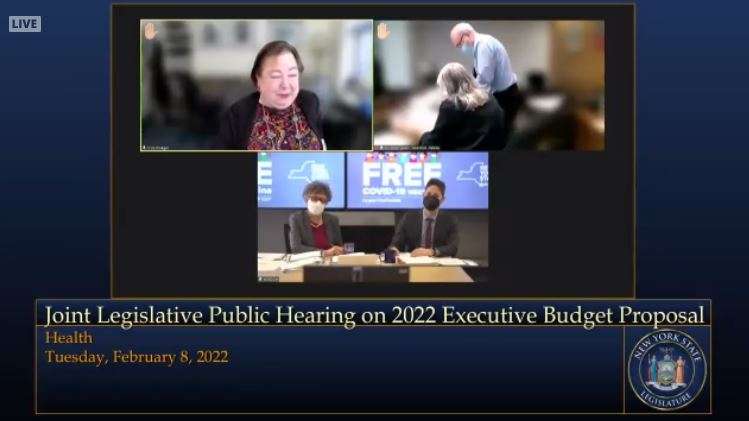 There was no discussion about Single Payer or the New York Health Act.

The health commissioner said the Essential Plan expansion will cover an additional 14,000 New Yorkers, and that any discussions about coverage for undocumented immigrants will require cooperation from the federal government.

Regarding the Medicaid global cap, the Medicaid director said raising the cap will result in $366 million in new spending and will go up going forward, and that the new metric does account for cost and spending and change in enrollment.

In terms of managed care procurement, the health commissioner said it should have positive impacts by encouraging plan investments in social determinants of health. Senator Rivera asked for additional details, citing concerns about the impact on communities of color. There were other concerns about the disruption caused to patients and providers as a whole.