The REAL Cost of Single Payer

A single payer, government-run healthcare system would be a disaster for New York State. The New York Health Act would ban private insurance, lumping everyone into a one-size-fits-all system. It would require a massive increase in taxes. It would mean longer wait times and less access to care. And it would lead to job cuts across the healthcare sector.

Support for a single payer system drops significantly when people find out it means losing their private insurance. Polling shows that the majority of people prefer having private insurance as an option. But sale of private insurance for any benefit offered under the New York Health Act would be prohibited.

Today, more than half of all New Yorkers receive coverage through their employer. These individuals would lose their coverage under a government-run system, taking away the ability of employers to effectively manage their healthcare costs while still be subjected to massive tax increases. Since many large businesses and government employers collectively bargain their health benefits with organized labor, these union members would lose their right to negotiate benefits.

Another factor is that the New York Health Act would eliminate Medicare as it exists today for seniors in New York by lumping them into a larger healthcare program run by the State. Individuals currently covered by Medicare would lose their Medicare coverage.

According to NY State of Health, the state’s health exchange, New York’s uninsured rate has reached the lowest point ever recorded at 4.7 percent.

Massive State tax increases would be needed to pay for health care costs of a government-run, single payer system. Based on analysis by the RAND Corporation, New York would immediately need an additional $139 billion in taxes each year – a 156% increase in what the State currently collects in taxes. That would quickly rise to $210 billion each year by 2031. These tax increases would be on top of the $82 billion already spent on health care each year. These estimates are based on a number of ambitious, if not unrealistic, savings assumptions and do not include the cost of long term care expenses, one of the most expensive components of the health care system. Long term care would require another $42.7 Billion in taxes. So the total increase in taxes would be more than $250 billion.

The New York Health Act would lead to the largest state tax increase in U.S. history.

The legislation requires the governor to develop a plan that would be based on financing single payer through two new taxes: 1) a payroll tax with an 80% employer contribution and 20% employee contribution, and 2) a tax on other taxable income (e.g., interest, dividend, etc.).

Those tax increases would not only hit the pockets of the average taxpayer but also the financial services sector. Love them or hate them, Wall Street contributes a whopping 18% to the State tax base. Firms could decide to relocate when they see the impact of the single payer taxes on their profits.

The New York Health Act would create an increase in demand for healthcare that will not be met. In fact, according to RAND, only about half of new patient demand may actually be met. A single payer system can cause long waits for appointments, doctors not taking new patients, and changes in providers’ recommendations regarding courses of treatment or constraints on technology and equipment.

If we look to Canada (the closest system we have to compare to) we see what life is really like under single payer. The Canadian Frasier Institute publishes a “Waiting Your Turn” Report every year, highlighting dramatic increases in wait times for specialists and procedures. Patients wait several months just to start cancer treatment. This has an increasing number of people choosing “medical tourism,” traveling to places like New York, rather than waiting in Canada for care. Access has become a major issue there.

Hundreds of Thousands of Healthcare Jobs at Risk

The New York Health Act’s supporting economist estimates that New York will lose 150,000 jobs if the bill is implemented, approaching the job losses experienced during the Great Recession.

According to data compiled by the U.S. Census Bureau, the number of overall healthcare jobs at risk under single payer is much higher. 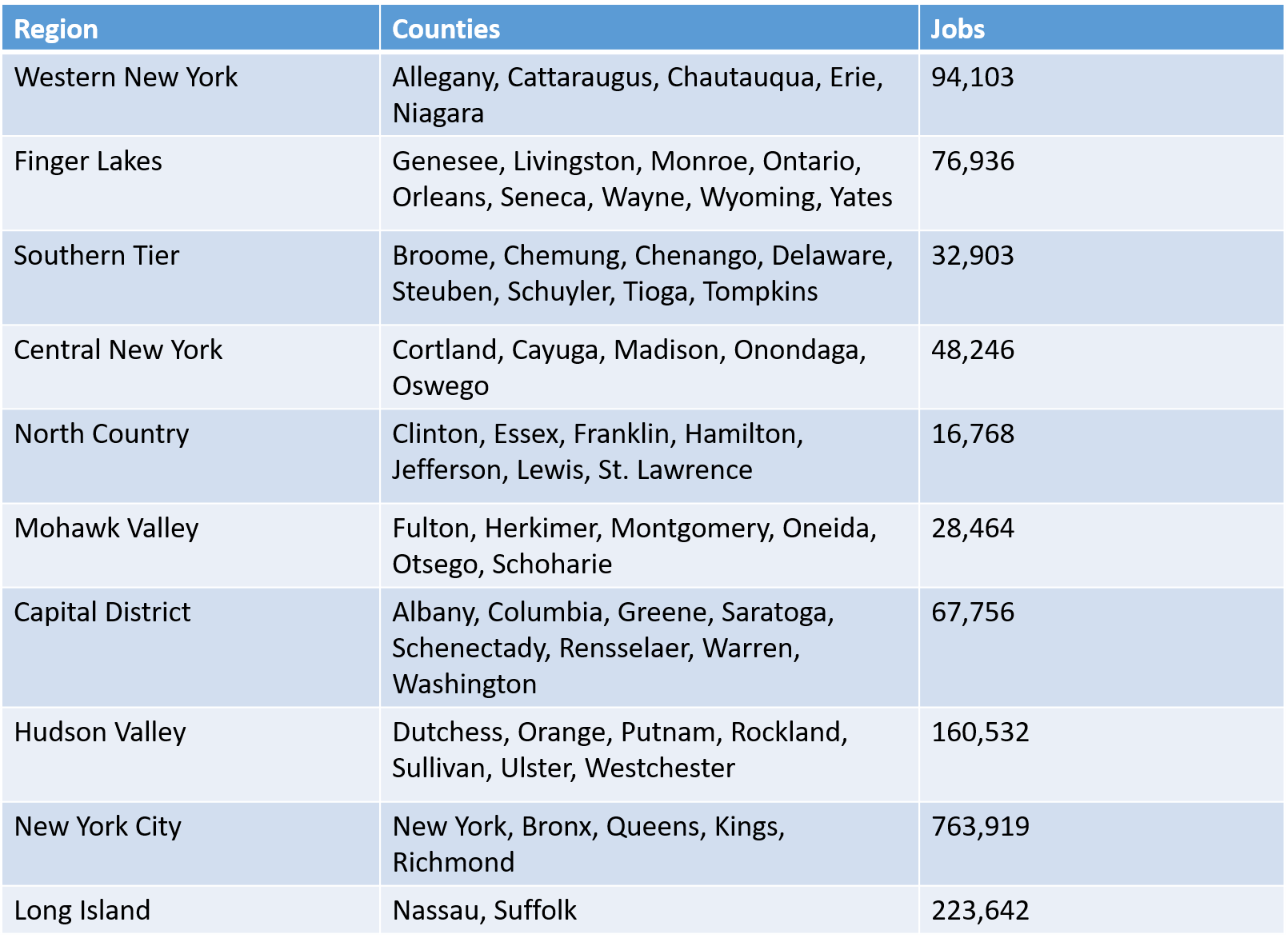